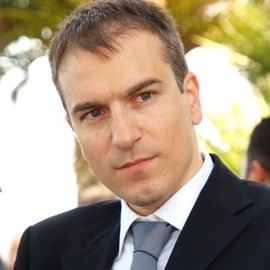 I am a Principal Research Scientist in the Security Research team at SAP. I am based in Sophia-Antipolis, in Southern France, and I have been with SAP since 2010.

My current interests are primarily in software security with an emphasis on ways to ensure a secure consumption of open-source software in large enterprise applications and the use of machine-learning to address this challenge (please see the publications section of this site for more details and links to pre-prints). I am a core member of the team that invented and developed Eclipse Steady, the tool that SAP has used since 2015 to scan the dependencies of its Java products. In February 2019 my colleagues and I also released the vulnerability dataset that fuels Steady at SAP; that dataset is now part of project KB.

I am the technical leader of EU-funded AssureMOSS project, which will run until September 2023.

Since the end of 2021, I serve as a (co-)editor for the Building Security In department of the IEEE Security & Privacy magazine.

Before joining SAP, I was a post-doc fellow and then a full-time researcher at the National Research Council (CNR) (Pisa, Italy) in Antonia Bertolino’s lab, where I spent four years overall.

During my PhD, in 2005 and 2006, I spent 7 months overall as a visiting researcher in Dorina Petriu’s team, at Carleton University, Ottawa.

I received both my PhD (2007) and my Master’s degree (2003) in Computer Science and Engineering from the University of Rome ‘Tor Vergata’ (Italy), under the supervision of Vincenzo Grassi and Raffaela Mirandola.

You may find additional information about me on LinkedIn and on Google Scholar.

To get in touch with me, just click here and write me a message.